View cart “Fifty” has been added to your cart.

In 1987 I was asked to write some incidental music for a devised theatre piece based loosely on the novel The Cone Gatherers. It is a dark and macabre story set in Scotland and follows two men who have been hired by an estate owner to collect cones for the restarting of forests which are being chopped down for the war effort. The men spend much of their time high up in the branches of pine forests, constantly watched over by the grounded and lowering gamekeeper. The relationships of these men, their insecurities and private thoughts form the basis of the narrative.
Having composed an hour’s music for the devised play I decided to structure a concert piece from some of the material. I later restructured the piece into a tripartite ten minute piano solo based around the tonal centre of E. The three sections involve a considerable amount of motivic repetition but each one deals with it in different ways – the first as a basis for the development of tension, the second as a phasing tool and the third for rumination with a hint of nostalgia. 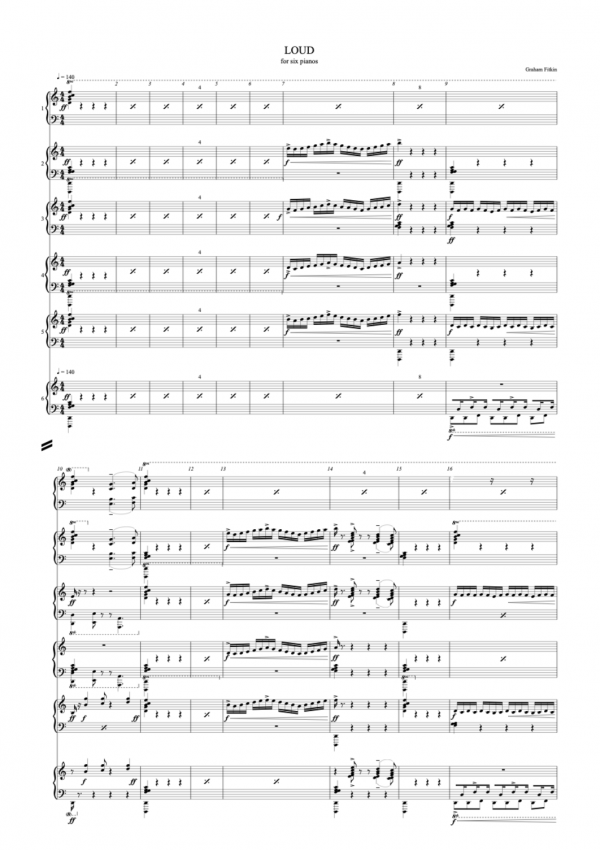 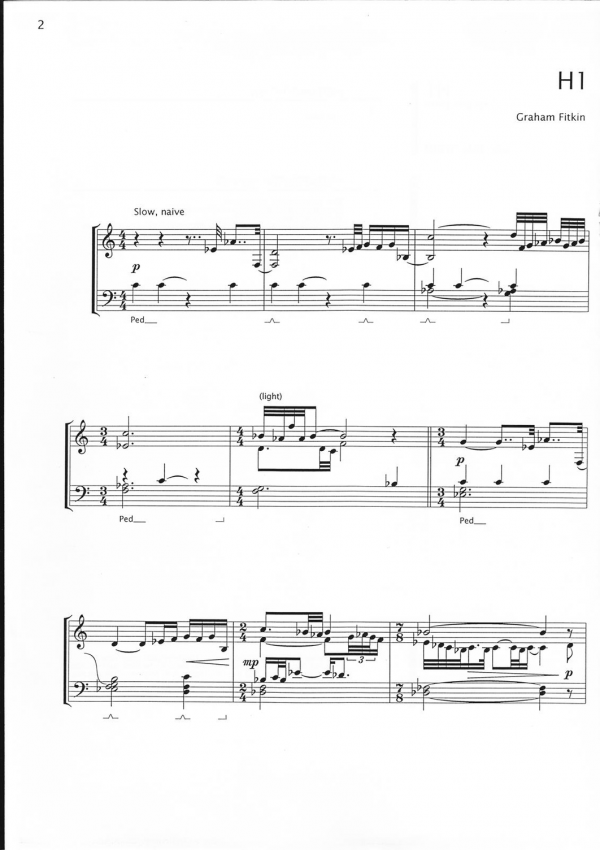